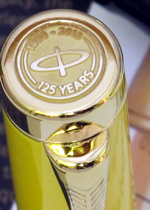 This Duofold Mandarin Yellow Limited Edition celebrates Parker's 125th anniversary. The mandarin yellow colour distinctive to the Orient inspired George Safford Parker after having travelled to China in the 1920s to create the original Mandarin Yellow Duofold. With great attention to detail this new for 2013 Limited Edition Duofold carries the same lucky curve ribbon imprint on the barrel as on the original pen. The cap finial features an 18k gold 125th limited edition decal as per the above image, and the 18k gold nib is engraved with the stylised Parker logo from the 1920s. A limited edition of 1088 pens individually numbered on the barrel and presented in a luxury pen box, but we understand that only 21 examples are available in the UK. Only available with a medium nib. 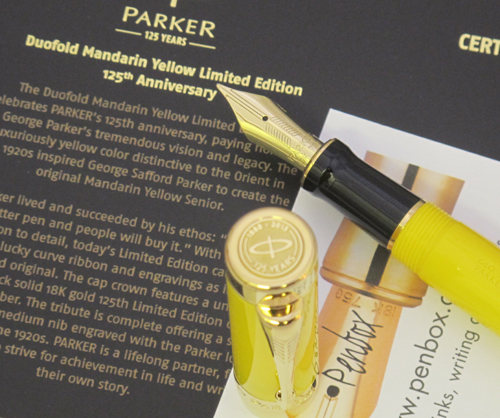 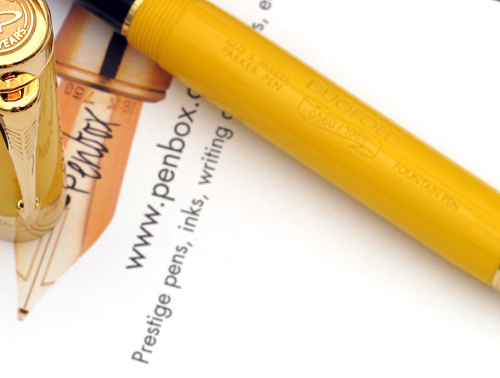