In the late fifties, a US Navy aircraft carrier encountered a beautiful looking sailing ship with a hull painted in alternating horizontal black and white stripes, and three very tall masts with massive sails. When it came alongside with its crew on deck, the Americans asked "What ship are you?" "Ship Vespucci of the Italian Navy" came the reply. "You are the most beautiful ship in the world" responded those on the US Navy aircraft carrier. Several decades later in 2001 Montegrappa produced a fountain pen paying tribute to the Vespucci, the celebrated Italian navy training ship, crafted of black and ivory coloured celluloid with a sterling silver overlayed barrel featuring an engraving of the ship and a silver figural pocket clip.

• Limited edition of 1931 numbered pens as the Vespucci ship was launched in 1931.

• Large capacity piston filler using bottled writing ink by rotating the blind cap on the end of the barrel.

• From the "Le Signore del Mare" The Ladies of the Sea pen collection from Montegrappa.

• The black and white stipped celluloid cap recalls the hull of the ship.

• First released from Montegrappa in 2001.

• The Vespucci is depicted in full sail on the silver barrel in low relief engraving.

• The top of cap features a depiction of a flag in enamels.

• Includes a booklet detailing the history and specification of the ship that inspired the pen. 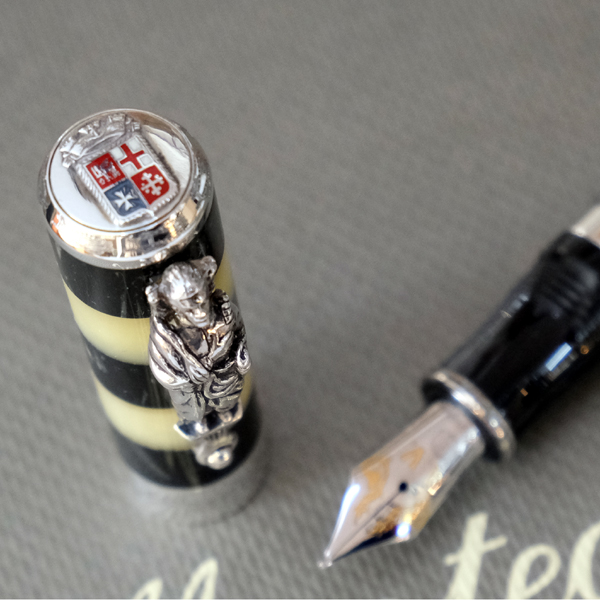 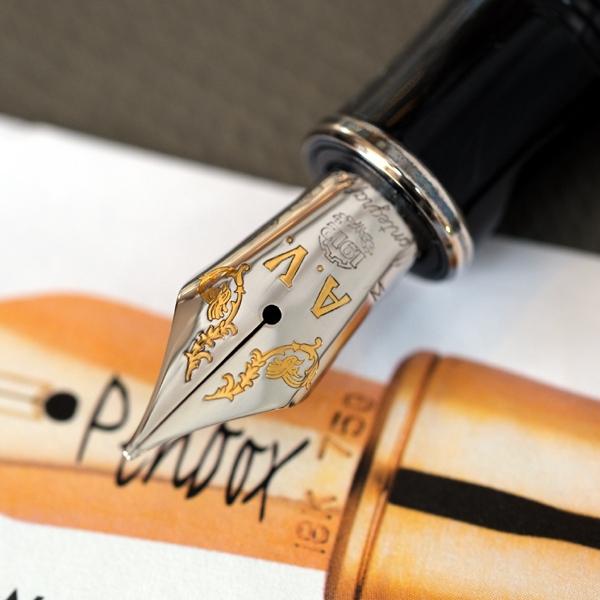 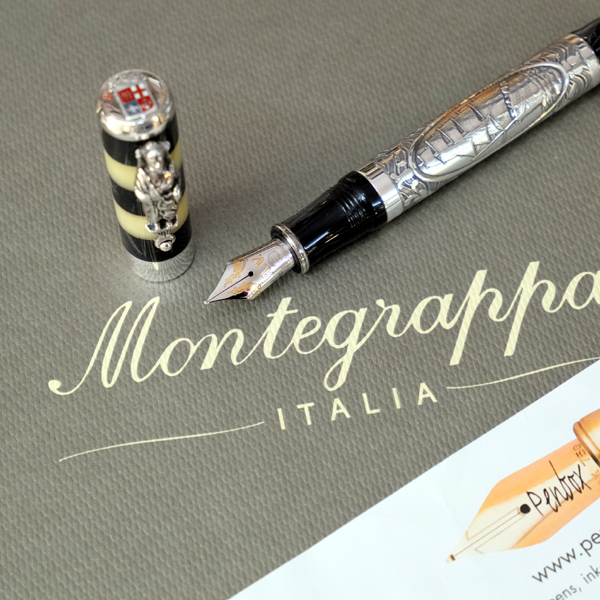 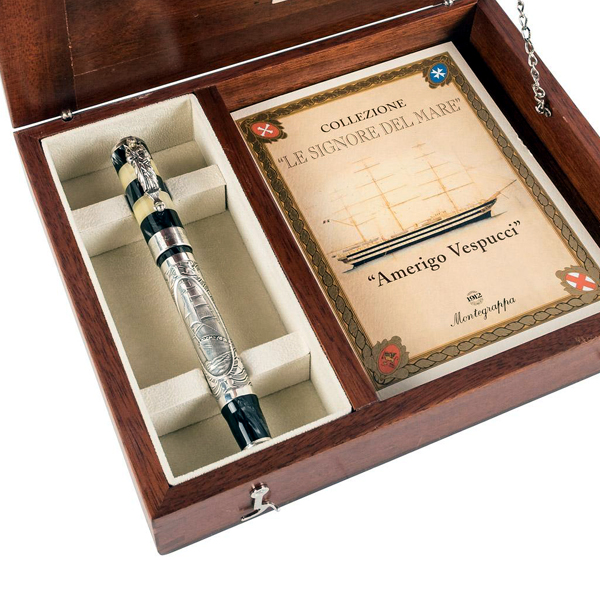