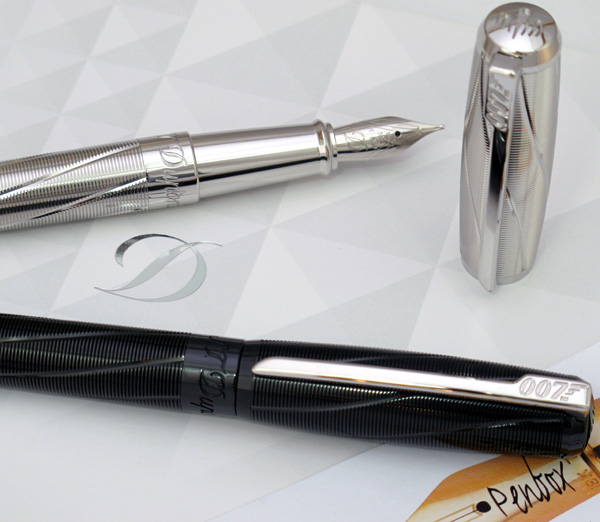 The limited edition James Bond Spectre fountain pen from S. T. Dupont is based on their Ligne D pen range. The choice of palladium or black PVD barrels and caps give the pens a distinctive finish. The pens where inspired by the James Bond film Spectre which was released in October 2015 and are an edition of 1963 pens in each finish. These fountain pens have a compartment at the end of the barrel which provides a place to insert a message and are presented in a luxury black lacquered gift box.

Spectre logo on the cap finial.

Secret compartment unscrews from base of the pen barrel.

Individually numbered on the pocket clip. 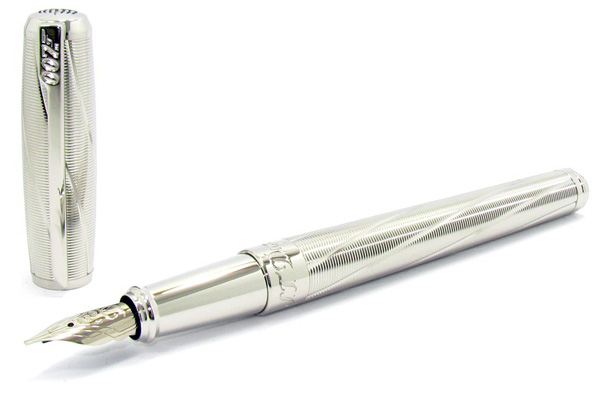 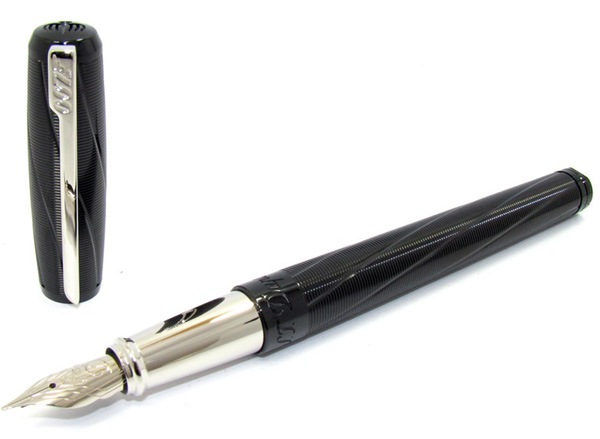