The limited edition Visconti Watermark fountain pen is one of Visconti's latest offerings for 2016. It is a large demonstrator fountain pen which has been overlayed with sterling silver in a filigree style. Because the Visconti logo is duplicated along the cap and barrel in silver the pen has been named the Watermark.

• Was initially supplied with a choice of EF, F, M, B, BB or stub nib.

• Numbered on the end of the barrel.

• We are an authorised Visconti retailer. 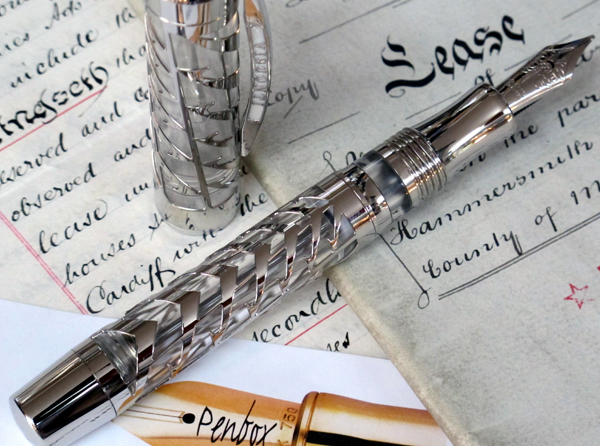